If you’re interested in learning more about the differences between 00 vs 000 guitar sizes, you’ve come to the right post!

And if you want to know more about Martin Guitars, the manufacturer who established these guitar sizes, and how they compare to another top acoustic guitar manufacturer, check out my Martin vs Taylor article! Let’s get to it!

And although they’re very accessible, there’s more to them than you might think.

For instance, the instrument’s construction and size changed a lot during the 20th century.

As a result, we have several different designs and sizes today.

If we were to look into all of the shapes and sizes, the list would look something like this:

Bear in mind that all of these variants differ not only in body but neck design as well.

There are also some very similar variants here.

For instance, 000 and OM have identical bodies.

However, they differ in scale length and nut width.

Another important thing to note is that these divisions are not set in stone.

For instance, some would say that 000 and OM are practically the same.

But for practical purposes, this is the most detailed division that I’m going to list for this blog post.

These guitars differ in body shape and size, as well as scale length and other features.

This also includes the shape of upper and lower bouts.

Additionally, the bodies of these different sizes will have different lengths, depths, and widths.

As a result of these differences, guitars in different categories sound and feel different.

There are a lot of nuances here, and it would take a lot of time to explain everything in detail.

But I’ll do my best to cover the basic differences between 00 vs 000 in this post.

And for some context about just how deep this rabbit hole goes, here’s a video detailing some of the differences between 000 and OM variants:

But what we’re interested in here is the difference between 00 and 000 acoustic guitars.

Although at a glance they might seem similar, there are some significant differences.

Like with most guitar shapes and sizes, it was C.F. Martin & Company that came up with it.

However, this particular design is known as the size “S.”

Of course, these are specs for Martin 00 models.

Other brands may be slightly different.

But what 00 guitars are famous for is a slightly brighter tone than some larger models.

Nonetheless, they still have a solid projection.

For instance, 00 guitars are usually recommended for those with slightly smaller hands.

Martin’s 00 guitars are also popular among some famous players.

There’s also the 00L variant, although it’s not that common.

It has a long-slope-shoulder body and a slightly larger resonant chamber.

The 000, or the “auditorium,” is slightly different.

However, its scale length is the same, measuring 24.9 inches.

Some regard the OM design as a variation of the 000 shape.

It has all of the same dimensions, except for the neck.

The scale length is 25.4 inches and it features a slightly wider nut.

This also impacts the string spacing.

The regular 000, with a scale length of 24.9 inches, is popular among lead players.

The tone is also a bit more focused compared to the OM. Meanwhile, OM is a bit louder with a stronger projection.

Nonetheless, 000 and OM are very similar.

However, there are some notable differences between these two variants.

They’re not radical, but they impact the tone and performance.

Both of these have the exact same body depth.

However, the width and the length of the body are smaller on the 00 variant.

This has some impact on the tone.

The size of the soundboard, or the body top, is crucial here.

The 00 variant is a bit brighter and somewhat “thinner” in its output.

In short, it will have a more “piercing” tone with high ends and mids.

Meanwhile, the 000 can give slightly bottom-ends.

With a larger soundboard and body, the 000 can get a bit louder.

The size also makes an impact on performance qualities.

As mentioned, the 00 variant has a smaller body.

This makes it a great choice for anyone who prefers to have a smaller instrument.

This refers to where the body meets the neck.

The so-called “12-fret” variants are older and they’re still made by Martin.

In general, you can assume I’m referring to the more modern 14-fret variants.

The neck meets the body at the 14th fret and they’re larger overall.

As usual, the choice comes down to personal preference.

But some traits can help you narrow down the choice.

In my opinion, the 00 is a better choice for lead guitars.

Its tone cuts through the mix more easily compared to the 000.

However, the 000 variant can get slightly louder and “fuller.”

If you play chords, or just prefer a bottom-end-heavier tone, I’d suggest a 000 guitar.

I hope this article has helped you understand the differences between these two instrument sizes.

If you have more questions about them, please let me know in the comments!

And if you want to learn more about 00 and 000 guitars, check out the following posts:

My name is Harrison and I created Student of Guitar to share everything I’m learning about guitar. Once I picked up the guitar, I knew it was the instrument for me and have played ever since. I hope this website helps you in your guitar journey!
All Posts
PrevPrevious10 Popular Guitar Songs in C Standard [2022 Guide]
NextSweet Tuning: What It Is and Why You Might Need to Do It [2022 Guide]Next

If you’re looking for some modern acoustic guitar songs to learn, you’ve come to the right post! In this guide, I’ll discuss a handful of

If you’re interested in a Hardluck Kings Guitars review, you’ve come to the right post! Brand Overview For the past decade or so, we’ve seen

If you’re looking for simple guitalele chords to learn, you’ve come to the right post! Like the guitar, the guitalele is as much a chordal

Hi, I’m Harrison, and my team and iI use Student of Guitar to share all we are learning about the guitar. We don’t have it all figured out when it comes to the guitar, but I hope this website gives you a place to start!

Want to check out some of the more popular 00- and 000-sized guitars? 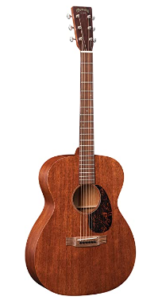 Click or tap the image above to check out this 000 size Martin on Amazon! 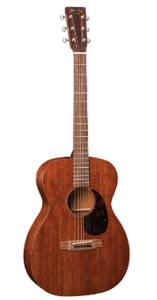 Click or tap the image above to check out this 00 size Martin on Amazon!